We created this parent checklist print piece to be mailed to a prospective student during their junior year of high school. Our goal with this project was to create something useful and informative — maybe something a parent would hold on to, or even better, hang on a bulletin board next to his or her calendar. The William Woods University logo, contact information and when, how and where to apply is very clear.

I worked on these for Elliance with our awesome designer: Krystal Duke 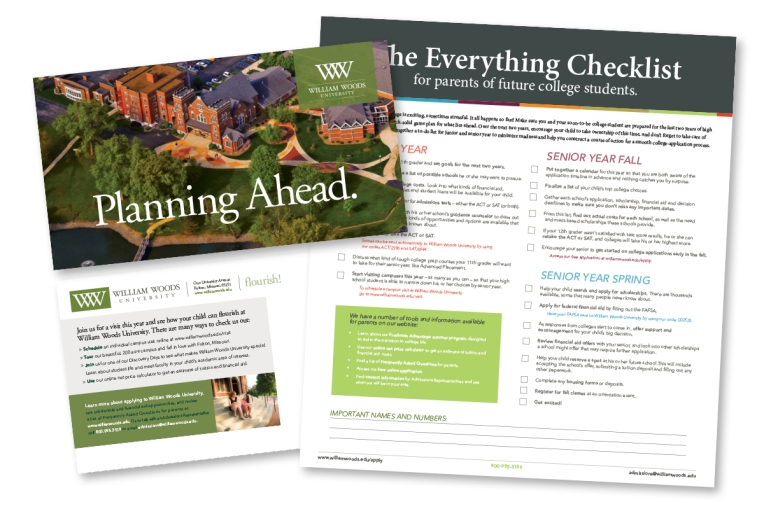 View a high-resolution pdf and read the copy up close and personal. 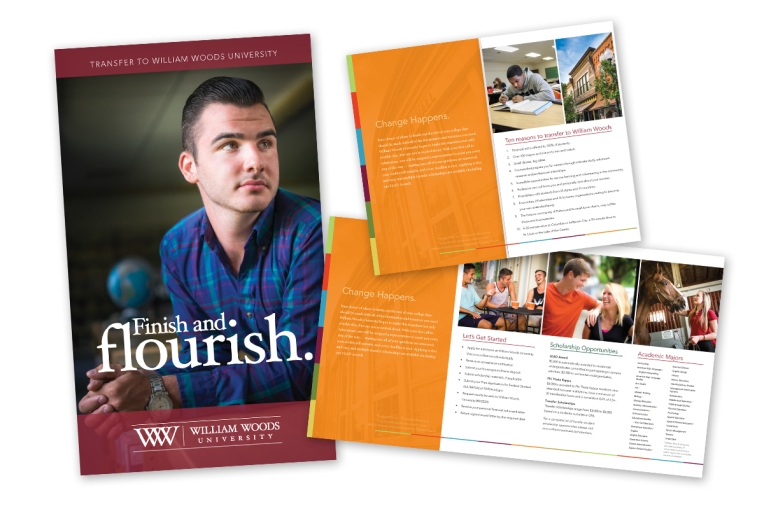 This piece is a small part of a big, rebranding and redesign of everything William Woods University. This brochure holds a place in the William Woods University Office of Admissions for visiting students thinking about transferring — both from their current 4-year institutions and for current community college students who want to finish a bachelor’s degree. It is also mailed to prospective transfer students.

I worked on these for Elliance with our awesome designer: Krystal Duke

See a higher resolution version of the brochure.

Project: A yield campaign to get Assumption College’s 2015 accepted students to make their final decisions.

A yield campaign is meant to push accepted students who are on the fence about making their deposits. My idea for the postcards came from three parts I loved about Assumption College’s mission: embracing compassionate service, critical intelligence and thoughtful citizenship. At this point in the admissions process, accepted applicants already know the “at a glance” facts of the school they’ve applied to. They know about research and student orgs and location and all that. They’ve received their financial aid award letters. The big sell at this point: community.

This campaign also included four rounds of emails, and a landing page.

View the postcards as a higher-res pdf. 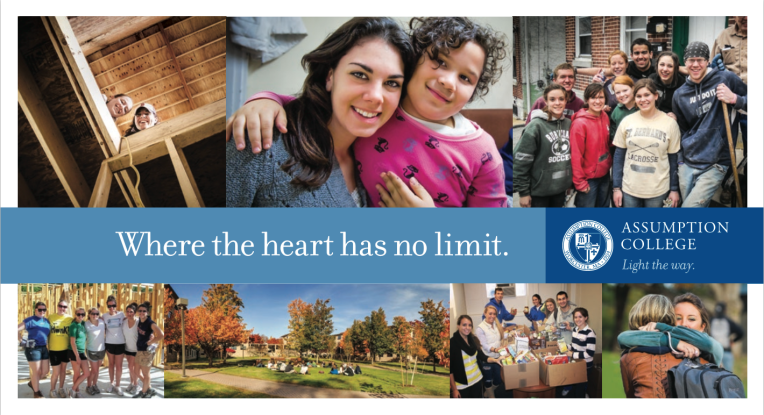 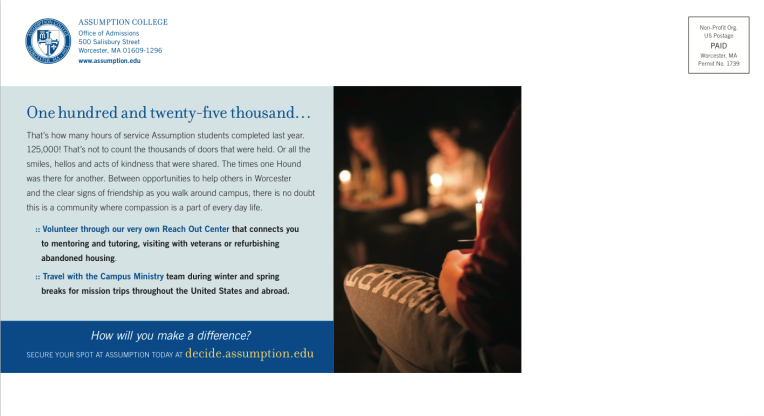 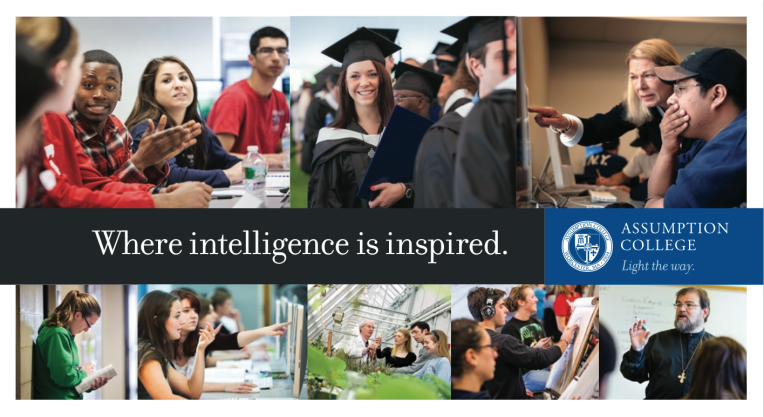 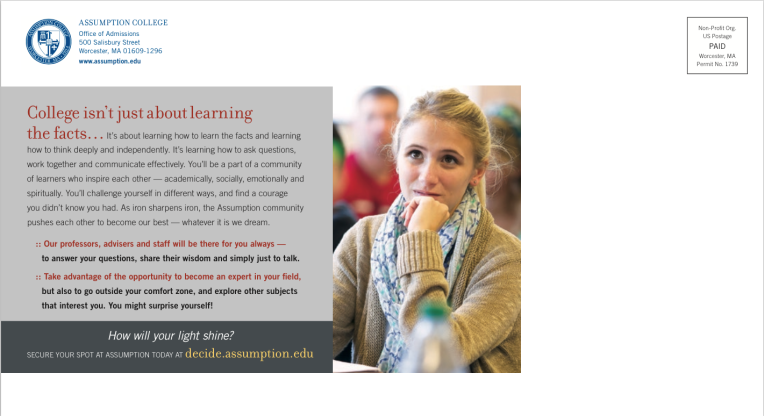 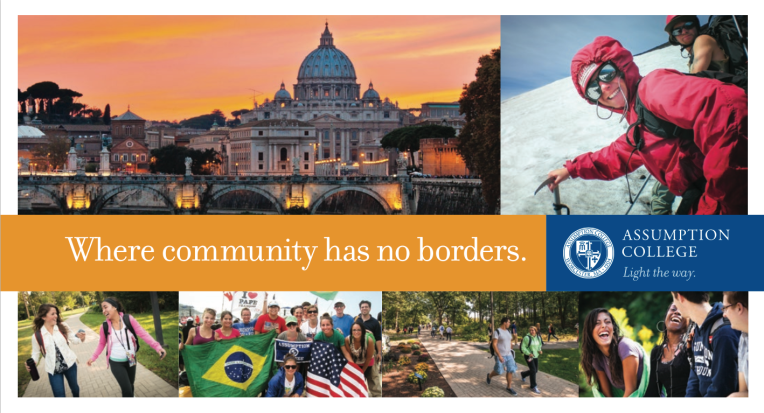 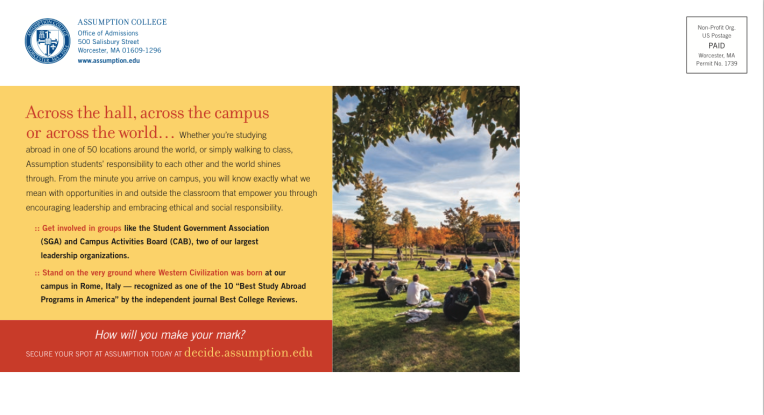 Elliance created the Light the way brand for Assumption before I joined the team, but every piece we do incorporates light the way. I love the way it intersects Assumption’s liberal arts commitment with its Catholic tradition.

Banging down the doors 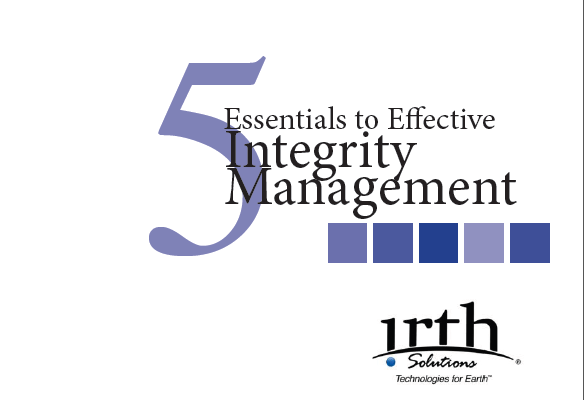 I designed and wrote and edited and did everything for this white paper for Irth Solutions. It is about Integrity Management of pipelines, something I knew absolutely nothing about when the project was assigned. Talk about a lot of research.

click here or the image below for the pdf 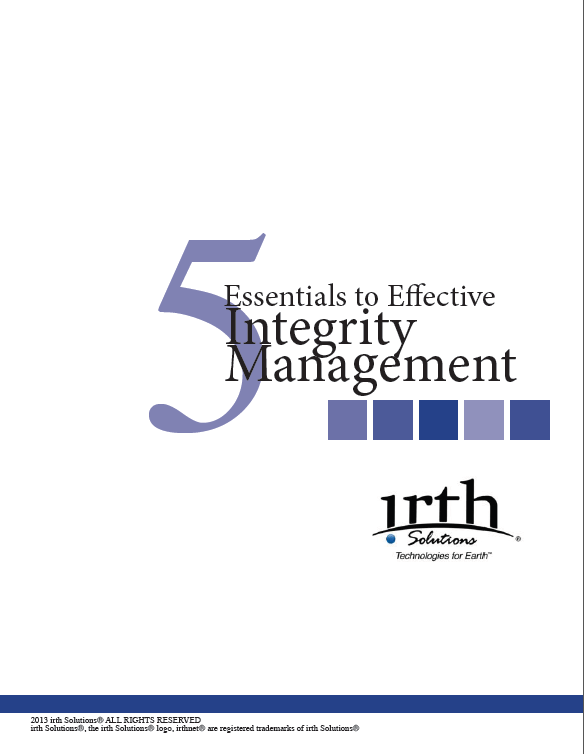